After weeks of controversy and even mainstream media attention over the content of its platform, Valve recently announced a new, more hands off approach to dealing with controversial games. In a public statement, Valve said it would no longer remove controversial games except in cases in which the games are illegal or “straight up trolling.”

In the statement, Valve said the players are the ones who choose what content they can or cannot buy. Valve said they plan to implement more tools to allow customers to filter out content they find offensive. Valve also added that they are not taking sides with controversial developers against their detractors, and they added that the executives at Valve do not all agree on what is and is not acceptable content.

Valve drew national attention recently with plans to release a simulation of an active shooter within a school. This game was created by a Russian company with a history of trolling, and Valve pulled the game.

That controversy came at the tail end of an aborted crackdown on adult games. Recently the creators of Hunipop, an adult puzzle game, announced they’d received a notification from Steam that the game was being re-reviewed and must remove its adult content or risk removal from Steam.

A group calling its self the National Center on Sexual Exploitation claimed victory over the announcement. Although packaging its self as a victim’s advocacy group, National Center on Sexual Exploitation is the new name of Morality in Media, a right-wing religious group founded in 1962 by a Lutheran pastor for the purpose of outlawing all pornography. The group changed its name in 2015 and rebranded as a victim’s advocacy/feminist group. It continues to operate on the sole purpose of outlawing pornography and has cited the #MeToo hashtag in its complaints against Steam and Hunipop. The group said games on steam teach boys to become rapists, and the group said pornography is the root cause of rape and sexual abuse of children. 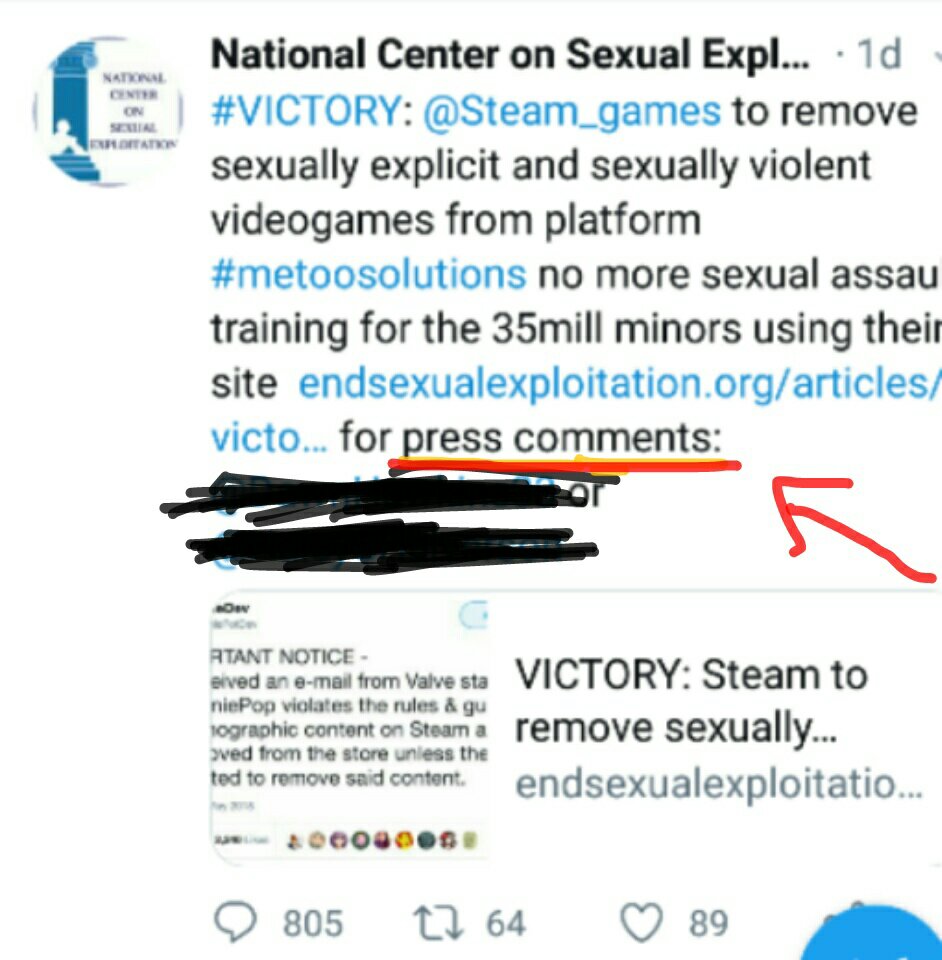 But Valve contacted Hunipop again very soon after the first letter and told creators to disregard the previous letter, and that the game would remain on Steam. This may have been an early clue as to Valve’s behind the scenes decision, which was just recently announced.

Critics of Valve’s decision have accused the company of shirking responsibility. They express fears the company will allow abusive content to remain on Steam. The owner of Itch took to Twitter accusing Valve of allowing “toxic people” to operate on its platform and promised liberal use of the ban hammer on his own platform. He later clarified, after strongly worded criticism, that he would not ban games on a whim or just because someone told him to.

Some video game journalists have also expressed outrage. A writer for Polygon strongly condemned Valve’s move in an article titled “Valve Gives Up on Responsibility.”

The writer found little in the way of support on Twitter. 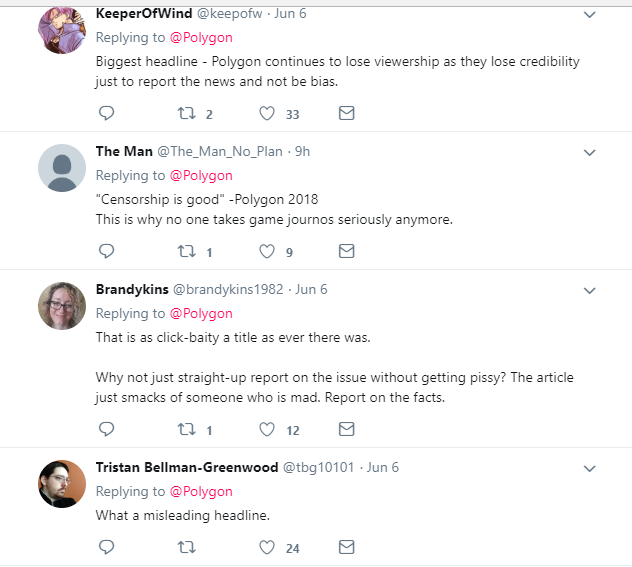 Those who do oppose Valve’s new policy seem concerned that Steam will allow games such as the active shooter sim it recently pulled. Valve recently pulled several games from its store, including an aids sim and an ISIS sim. This would seem to indicate Valve’s continued willingness to remove games the company deems to be “straight up trolling.” Even so, critics cite Valve’s history of inconsistent enforcement of its policies. Critics also continue to point out games which remain on Steam that they feel should fall under the “trolling” category.

Others have expressed concern over Steam groups harassing minorities and players, either through games or abusive messages.

Still others expressed disagreement over Valve’s decision not because of controversial games, but because of “asset flipping.” Forbes recently published an article stating that offensive games were not the biggest part of Valve’s problem. In the article, the writer complained of broken games sold on Steam, some of which do not even have .exe files.

Valve announced the new policy only a few days ago, and time will tell how it plays out.