The revelation Rose Quartz’ true identity raised a lot of questions among fans of Steven Universe. In particular, fans perceived plot holes involving fusions between Rose/Steven and other gems. When two gems combine, they make a specific sort of gem, depending on which two gems fuse. So how is, or was, it possible for Rose and Steven to fuse with other gems and create a fusion that should have resulted from a Rose Quartz?

The answer to that little question can be found in, well, “The Answer.” Season 2, episode 22. 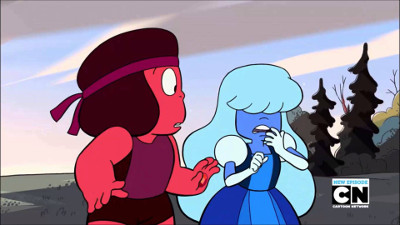 Garnet’s backstory episode gives a lot of information into the culture of homeworld gems when it comes to fusion. Every time Ruby had previously fused, she had always fused with another ruby. The result of that created a giant Ruby, physically identical to any other ruby except for her size and with very little difference as far as personality goes.

When Ruby accidentally fused with Sapphire in the middle of Blue Diamond’s court, all of the gems were so shocked the fighting stopped. As explained by Garnet, they had never seen a fusion between different sorts of gems.

During their alone time on Earth, both Ruby and Sapphire made it clear they had no understanding of what had just happened to them. With nonexistent exposure to the possibilities of fusion, neither Garnet, nor any of the other gems, could have had any idea what a fusion between a rose quartz and any other gem was supposed to look like, let alone a fusion involving a diamond.

But Smoky Quartz, using Amethyst’s memories, said specifically that the fusion between a rose quartz and an amethyst created a smoky quartz. 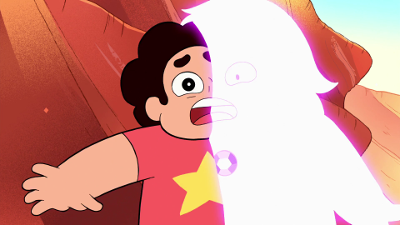 Yes, but the same issue applies to Amethyst. More so, because she seems to have been born (or at least located) after the war.

As for the nature of Smoky Quartz and Rainbow Quartz, gem fusions are not a mirror of geological processes. A real smoky quartz crystal is a standard quartz with irradiated free silicon trapped inside, the result of natural irradiation of silicon dioxide.

And Rainbow Quartz was the fan name given to the fusion between Pearl and Rose Quartz. If the name is canon, the same deception explains that. If Rose can pass a diamond off as a rose quartz, certainly no one would question a fusion of a sort no one had ever seen.