Twitter’s complete lack of interest in controlling trolls, even those who send death threats or rape threats, has frequently drawn a backlash from celebrities and their supporters. But Twitter’s recent actions in suspending the account of Rose McGowan, who said on Twitter she was raped by Harvey Weinstein.

Twitter quickly reinstated her account and said the reason for her temporary ban was because she included a phone number, but Twitter users, particularly women, were not impressed with Twitter’s explanation.

Beloved voice actor Tara Strong shared an example of death threats sent to her. Although Twitter quickly suspend McGowan, the user who made the threats against Strong still had his account as of the time Strong made the tweet. 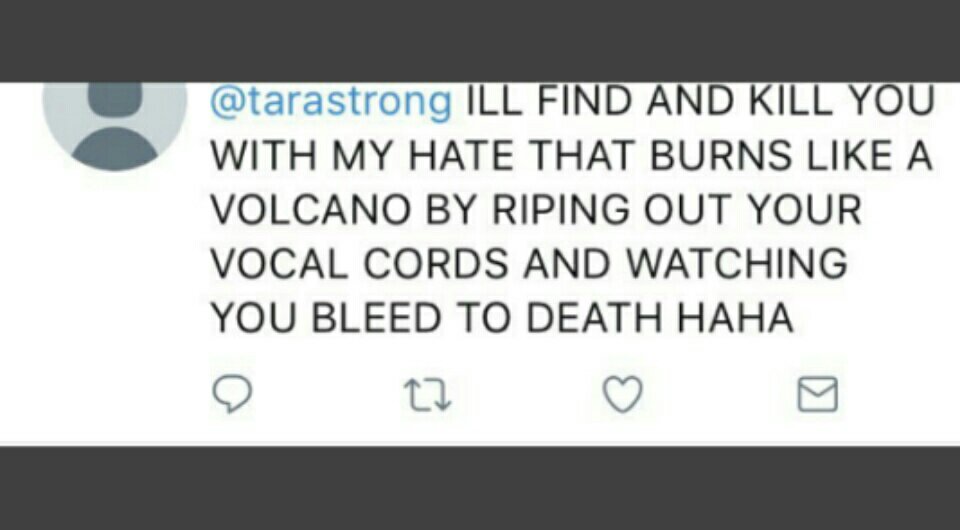 Strong has frequently been a target of misogynistic and anti-Semitic harassment. In 2015, she shared posts from a user who called her a k*ke and said she deserved the gas chamber.