In the style of Super Mario Run on mobile, Super Meat Boy Forever gives players the option to jump to avoid obstacles while the character makes a mad dash through obstacles of sinister, spinning razors. 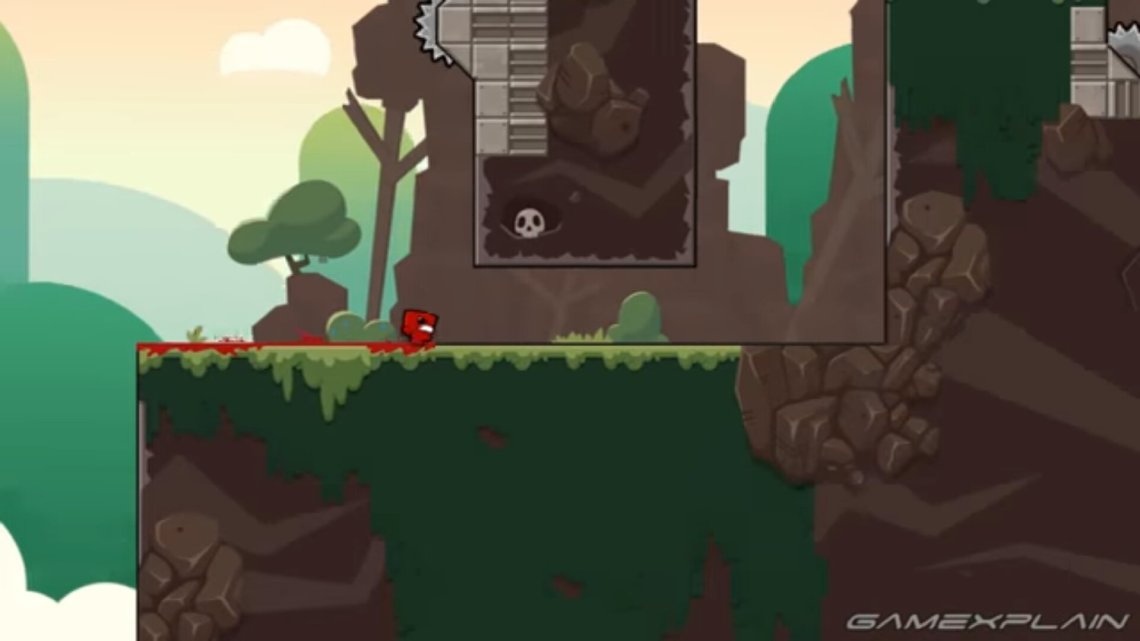 Developer Tommy Refenes said he and Kyle Pulver perfected the controls first, then worked on the levels. Refenes said this was the best way to create a platformer, creating levels that complement the controls rather than the other way around. He said the levels give a lot of variety. Rather than simply creating endless obstacles for the player, Meat Man can also punch and kick to take out enemies that appear in his path.

As Meat Boy slides, dashes and performs wall jumps, he leaves smears of blood behind. Which is slightly less gory when you consider he’s made of raw, ground meat. When Meat Boy inevitably runs into a spinning buzz saw, he splatters the screen in an explosion of gore. This gore remains when Meat Boy respawns, making levels look very much like slaughter houses in the harder areas.

The game includes two playable characters: Meat Boy and Bandage Girl as they search for their kidnapped child, Nugget.

Originally announced as a mobile game, Super Meat Boy Forever spent seven years in development and hiatus before players had a chance to play it on the Nintendo Switch at the PAX event. Those who’ve had a chance to play the demo say it feels very much like a mobile game and they can tell it was originally meant to play on a touch screen, but they also say the game is fun and plays great. Levels are long and very hard, with tricky obstacles and enemies to knock out of the way. A perfect run, making it through an entire level without dying once, will only be accomplished by the most fanatically hard core players. For everyone else, the game leads players into countless spinning saws, splattering Meat Boy against the screen over and over again until they finally reach the end.