In early march, a Twitter follower asked former Channel Awesome contributor Allison Pregler why Doug Walker (The Nostalgia Critic) reviewed the movie “IT” with such a dark opening.

Lindsay Ellis, the former “Nostalgia Chick,” said she and a male contributor were forced to voice act for a rape scene. Ellis and her co-star objected to the scene. 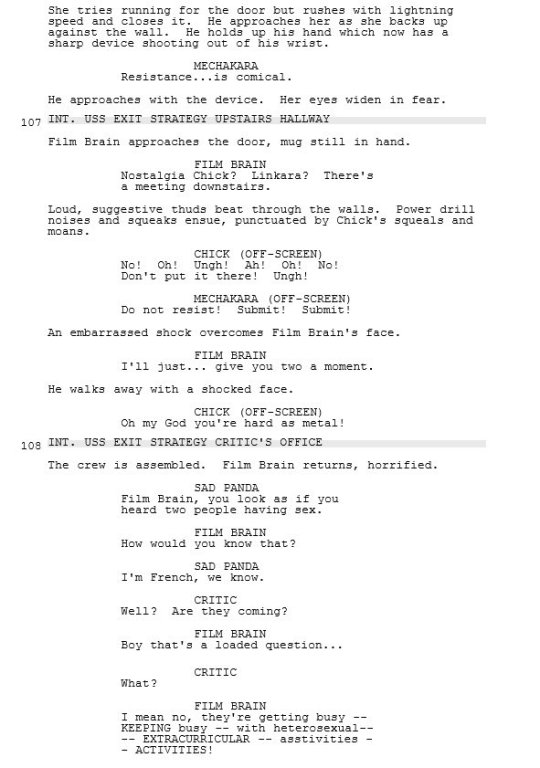 Pregler said Doug Walker didn’t seem to understand why Ellis had a problem with the scene and shared a picture of the script from the scene. She said Doug Walker slightly changed the scene and Ellis replied the new scene was not much better. Ellis also said she had to return for shooting because some of her footage was lost.

A former human resource manager also alleged sexual harassment from former CEO Mike Ellis. According to reports, Holly Brown even spent time in a safe house for fear of her safety after she refused Mike Ellis’ advances.

Former contributors accuse Michaud, Doug Walker and Rob walker of incompetence, mislabeling videos and verbally abusing contributors who admitted the mistakes to fans, constantly changing scripts until there was no time to learn their lines and forcing contributors to work long hours in bad conditions with no pay.

Multiple former contributors shared their experiences while filming “To Boldly Flee.” Pregler accused Doug Walker of drastically overloading their work schedule, scheduling two days worth of work into every one day. She said after one 18-hour day with three hours sleep, she suggested one contributor, Phelous, could film a green screen scene at home. After returning to the hotel they were immediately called to return and film the green screen scene.

She said the scene never made it into the movie.

Another former contributor, Linkara, added that they were not paid.

Pregler said Channel Awesome also spent $90,000 in crowdsourced money on a failed attempt to create a gameshow produced by Michaud. Only a few episodes of the planned 40 were made and released online. This resulted in a brief investigation by the crowdsourcing site, Indegogo. Pregler also said Channel Awesome tried to rig the questions so the contestant would win, but they made a mistake and Doug Walker won the first prize, which was a gift card.

Kaylyn Saucedo accused Channel Awesome of firing a long-working resource person just because the higher ups wanted to be in charge of human resources themselves. Saucedo said they given reason for her termination was absences after a surgery.

Benzale Daniel said he was never told he was let go after That Guy With Glasses became Channel Awesome, nor was he told his video archive would not transfer. He said Michaud had been selling his girlfriend’s artwork as limited prints without giving her a share, and he believes Michaud’s treatment of him was revenge against him for objecting.

Dan Oslon said he was fired from Channel Awesome for making an anti-GamerGate video. Various reports state that female contributors faced harassment from the more toxic side of the fan base and this harassment intensified after GamerGate. Oslon said this video resulted in a backlash from “the slavering hordes” and Michaud yelled about him to other producers before firing him.

Former contributors have compiled various complaints, including many not mentioned here, into a massive Google Docs file. A short summery of all complaints linking to relevant tweets can also be found on this Tumblr page.

Channel Awesome issued a press release responding to the allegations, but the former contributors and many fans feel this statement lacked a true apology.

The fallout cost Channel Awesome some of its producers. Linkara left shortly after the allegations surfaced. The Rap Critic announced his departure after “New, disgusting allegations” against Channel Awesome and Matthew Buck (Film Brain) posted a lengthy letter announcing he felt it was time to move on. 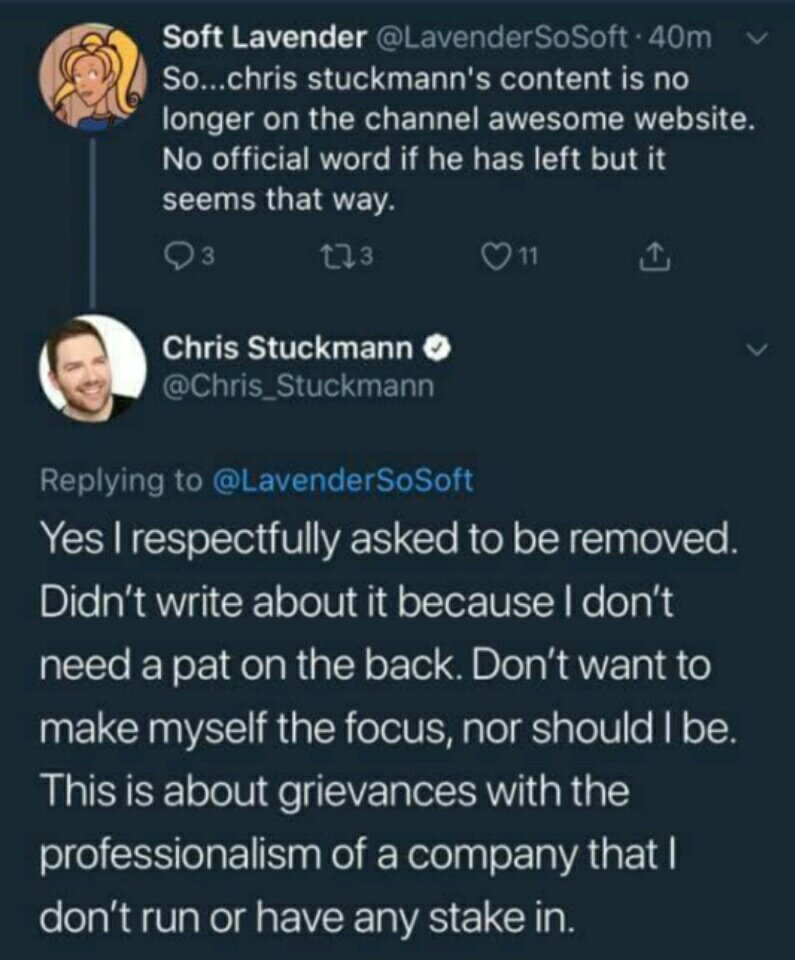 Social Media has since exploded with users sharing the #ChangeTheChannel hashtag. Viewers announced on Twitter and YouTube that they unsubscribed to Channel Awesome and several have posted videos of themselves destroying Channel Awesome DVDs.